My dissertation project seeks to understand the formation of governing coalitions in countries where the party system is divided along ethnic lines. In countries where politics are ethnically divided, minorities can be excluded from involvement in political processes at the national level. Thus, inclusion in coalitions provides the potential opportunity for meaningful involvement in decision making. Yet, we see variation in the inclusion of ethnic minority parties in governing coalitions after democratic transitions. In some cases, the minority party is immediately asked to join coalitions. In others, the minority party is initially excluded, but is later invited to participate in governments. And finally, there remains a set of cases in which ethnic minority political parties have never been asked to join coalitions, leading to continued exclusion.

How do the EU’s future citizens decide whether or not they support the euro? This study examines the formation of monetary policy preferences by individual people to understand if they are based on egocentric or sociotropic considerations. Four competing hypotheses rooted in economic, identity, and two support theories are tested within the context of opinion towards the European common currency by individuals residing in European Union candidate states. This article presents two important findings: an individual’s preference for the euro is based on how they feel about their country joining the EU in general, and also whether they feel that EU membership will bring them individual benefits. Thus, I find support for both sociotropic and egocentric theories of what determines individual support for adopting the common currency. Although the literature often presents egocentric and sociotropic preferences as mutually exclusive, I find that this is not always the case. Using 2003 survey data from the set of post-communist states that joined the EU in 2004, this study reveals how individuals assess the loss of domestic monetary policy autonomy in the context of democratic transition.

(Association for the Study of Nationalities World Conference, May 2017)

This is an additional placeholder post. Click the Edit link to modify or delete it, or start a new post. If you like, use this post to tell readers why you started this blog and what you plan to do with it. 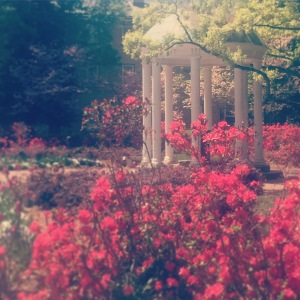